When Teresa Roby-Harris of Buttercup N' Company started driving her cake to a wedding venue in September 2020, she never expected to have a cake catastrophe. You can drive as slowly and carefully as humanly possible, but certain circumstances can always throw a wrench into your plans. On that autumn day, a car slammed on their brakes in front of Teresa. Who knows what it was, a squirrel perhaps? Or maybe just a distracted driver? What happened that day spelled doom for the beautiful wedding cake Teresa had spent hours creating. She knew this would never have happened if she had a CakeSafe Transportation Box, so a few days later she entered our annual CakeSafe Giveaway and recounted what had happened to her. We chose her entry to win because this is a situation that can and does happen to countless bakers. Some bakers aren't as lucky as Teresa and are even sued by the bride. Teresa is now the owner of her very own CakeSafe. She is beyond excited and says her "excitement is above every imagination!".

Below, you'll find Teresa's entry. Don't let her story happen to you. Invest in a CakeSafe Box today! 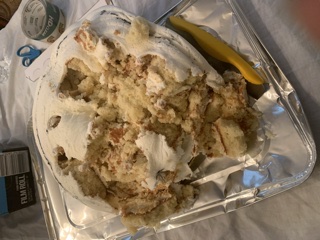 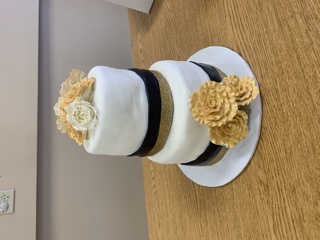 "I Need A CakeSafe!!! This weekend I did a 3 tiered wedding cake and while transporting to the venue a vehicle driving in the front of me all of a sudden slammed on brakes which caused me hit my brakes and the bottom tier of the cake shifted forward and the cake began to collapse.  I had to stop and pull over on side of the expressway to try to salvage the top 2 tiers. I had to repair the 2nd tier and reassemble those back. The bride was very understanding and said 'I know you can bring something'. I worked fast and smart and arrived there before the wedding began.  After seeing the CakeSafe box, I know if I had this, that would have never happened. This box would have secured the cake and I would be a pleased cake baker. CakeSafe is what I need in my life."