Hello everyone! I want to take you on virtual trip inside the CakeSafe headquarters so you can get to know our owners and employees. I'm Rachel. I handle all of CakeSafe's social media as well as dabble in website editing and customer service. In this blog post you'll get to e-meet our owners, Scott & Juli Chapin. Sometime soon I'll introduce you to the rest of the gang. 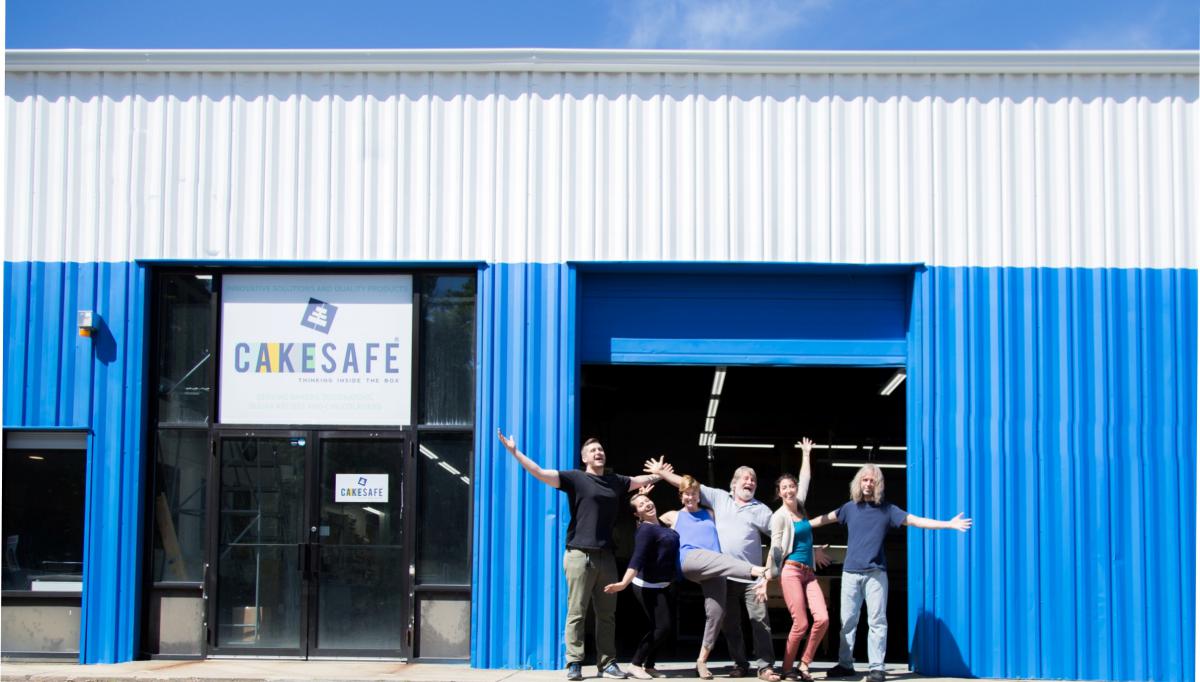 Where to start? That's easy - with the man who built CakeSafe from the ground up… our owner Scott Chapin! And there would be no Scott without co-owner Juli, his wife and muse, if you will. Scott and Juli met in 1983 in Rhode Island. They started a family of 3 children and many pets including a blind cat and a dog with tiny legs and big ears. 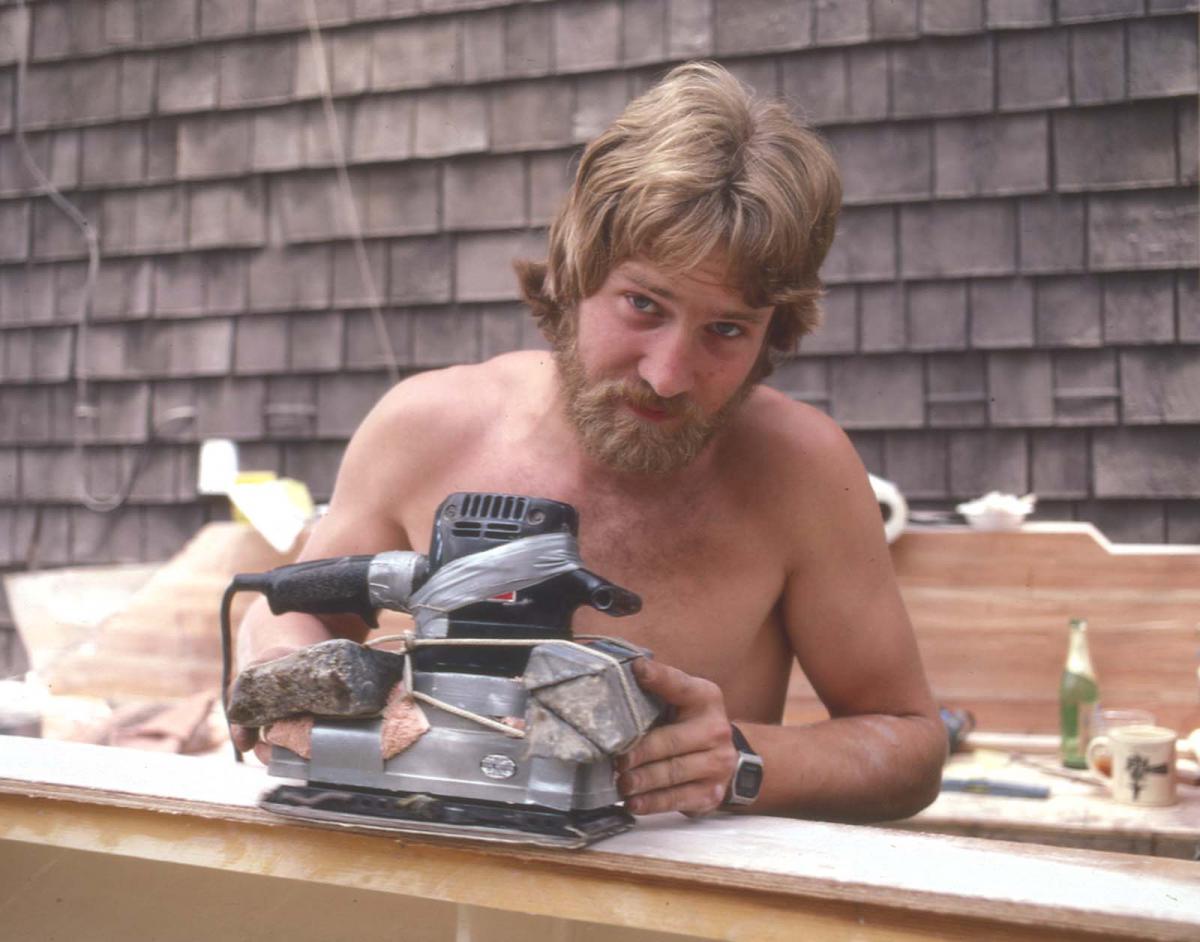 Scott's careers seemed to fluctuate every 4 years in his early life. He was a bicycle mechanic, a used car builder, a cab driver in college, manager of a bar, a restorer of sailboats, the manager of a basement waterproofing crew and an entrepreneurial endeavor involving radon mitigation. He finally found  a career building portable x-ray equipment, where he stayed for 16 years before founding CakeSafe. Do you see a theme here? Scott LOVES to design and build things. Anything really. He's been known to make crazy go-go-gadget helmets for family members' birthdays or even a contraption where you press a button and a picnic for two shoots out fully assembled. Not really, but you get the idea. Scott can build or fix anything. He’s a modern day MacGyver; just yesterday he fixed a forklift with a plastic drywall anchor. Whenever he's not working at CakeSafe, you can find him elbow deep under the hood of car. 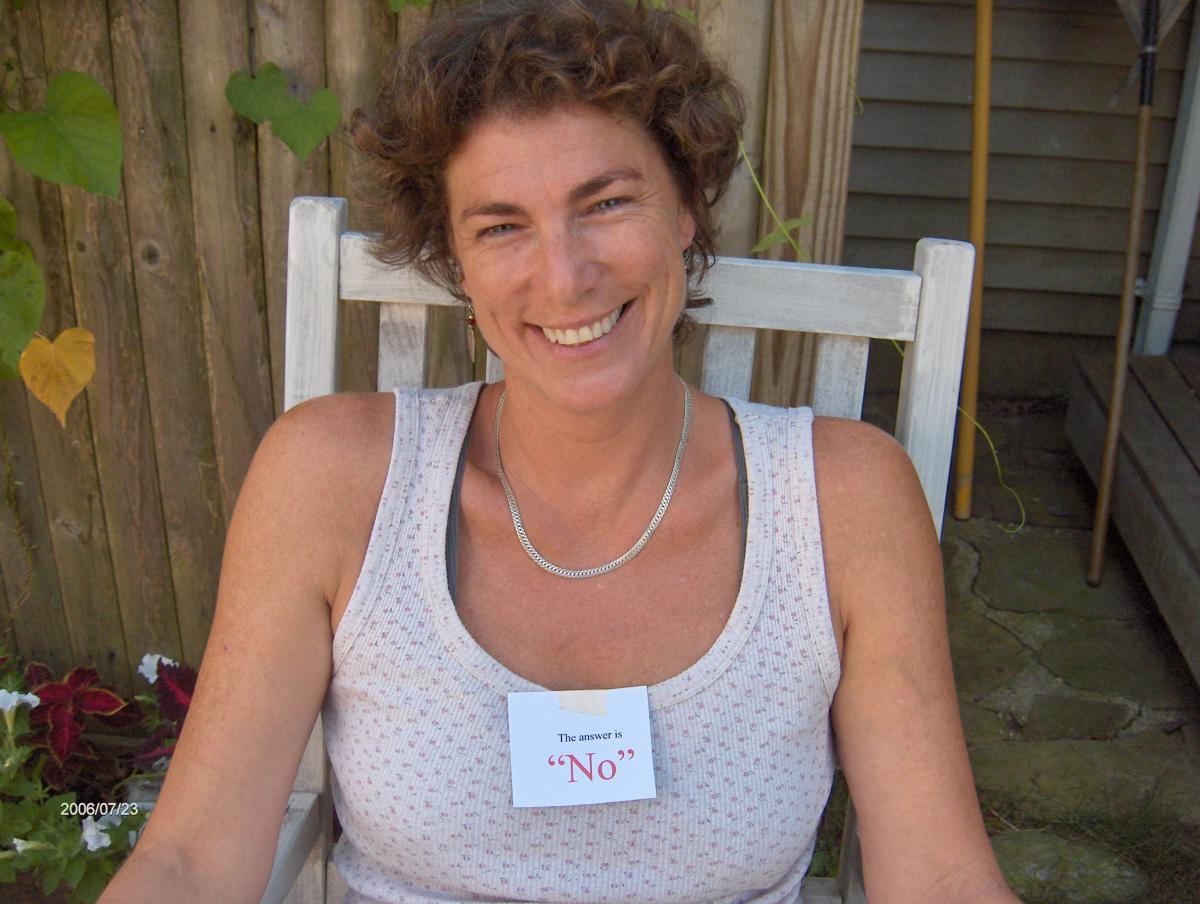 Juli grew up in California, New York, and New Jersey. She landed in Rhode Island for culinary school at Johnson and Wales University. Unlike Scott, Juli chooses a job and sticks with it for decades. Juli started her own house painting business that she ran for 30 years as well as teaching fitness classes for 20 years (and she continues doing so to this day.) Most importantly, she started a wedding cake business 30 years ago after making hers and Scott's wedding cake.

Juli and Scott were beach bums back in the day. They met at the beach located at The University of Rhode Island's Bay Campus. Scott caught Juli's attention while wind surfing. Always in a good natured mood,  he likes to add to the story by saying, "I was much skinnier back then…"  Juli and Scott are one of those rare couples that can live and work together. Their first job as a couple was in 1986. They restored an antique 12 meter sailboat and then sailed it from Michigan to Newport, RI through the Erie Canal, where they crewed for a summer of charters. 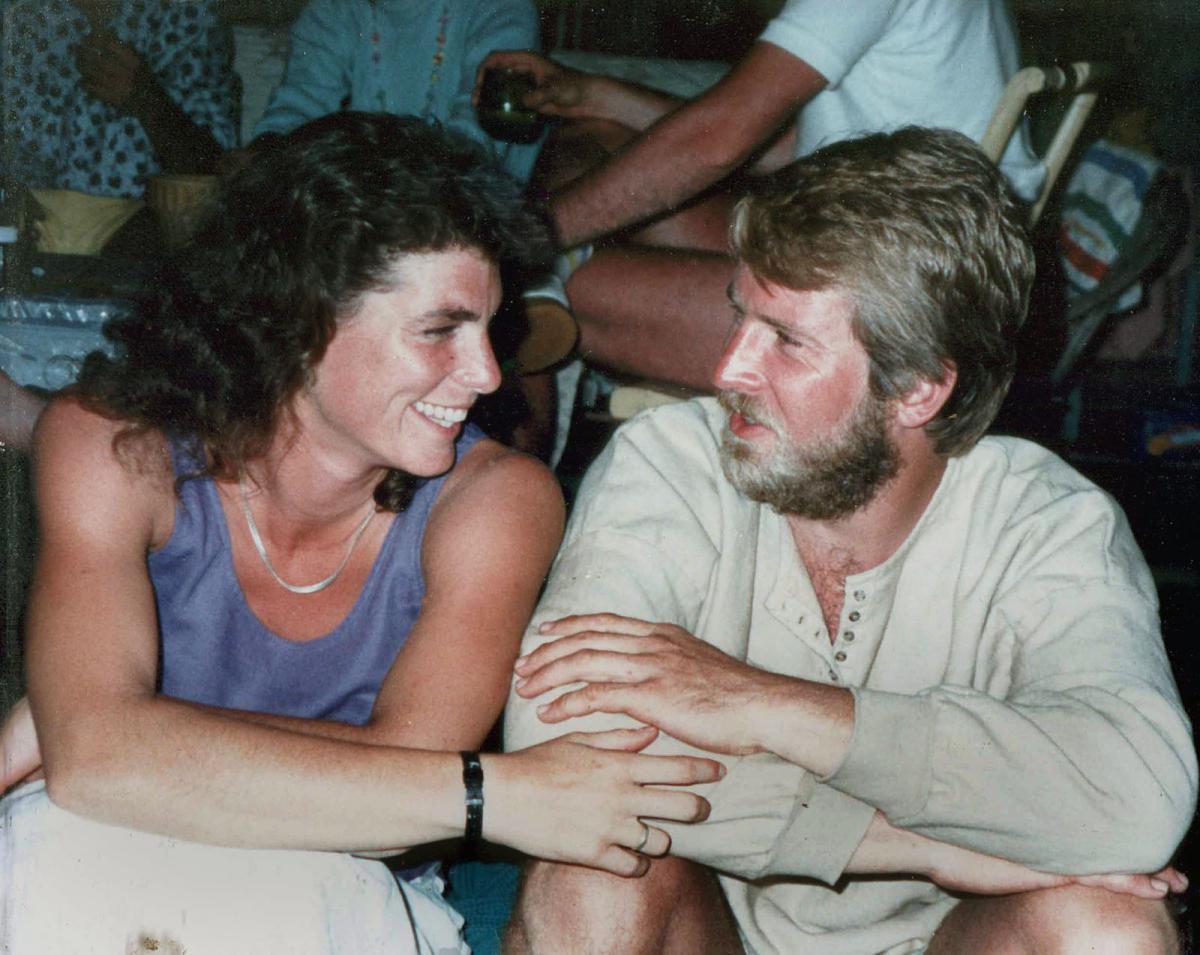 Before we take a peek into Scott & Juli’s roles at CakeSafe headquarters, I’ll give a brief synopsis of how the company was started. The business was created out of pure necessity. Juli needed a way to make cake transportation easier, so Scott, ever the engineer, made the first CakeSafe delivery box for her in 1989. The Chapin way is to make everything the best it can be. It's not possible to put too much work into something. That's the attitude Scott had when creating the CakeSafe box for his wife. Juli loved it and was met with awestruck enthusiasm by venue staff whenever she delivered a cake.

In 2009 when the economy crashed, Scott was laid off from his engineering job. He decided to make a bold move and start selling CakeSafes. When Scott first started the CakeSafe company, he was a one-man-show. He built the products by hand, made a website, packaged and shipped the products, and cold called bakers around the country to tell them about his invention and how it could change their lives. Starting any business is hard work, and Scott's phone calls were often met with a "no" or a laugh. However, as soon as Scott got a CakeSafe into someone's hands, their eyes would widen and they'd usually say, "Why has nobody ever invented anything like this before?!". 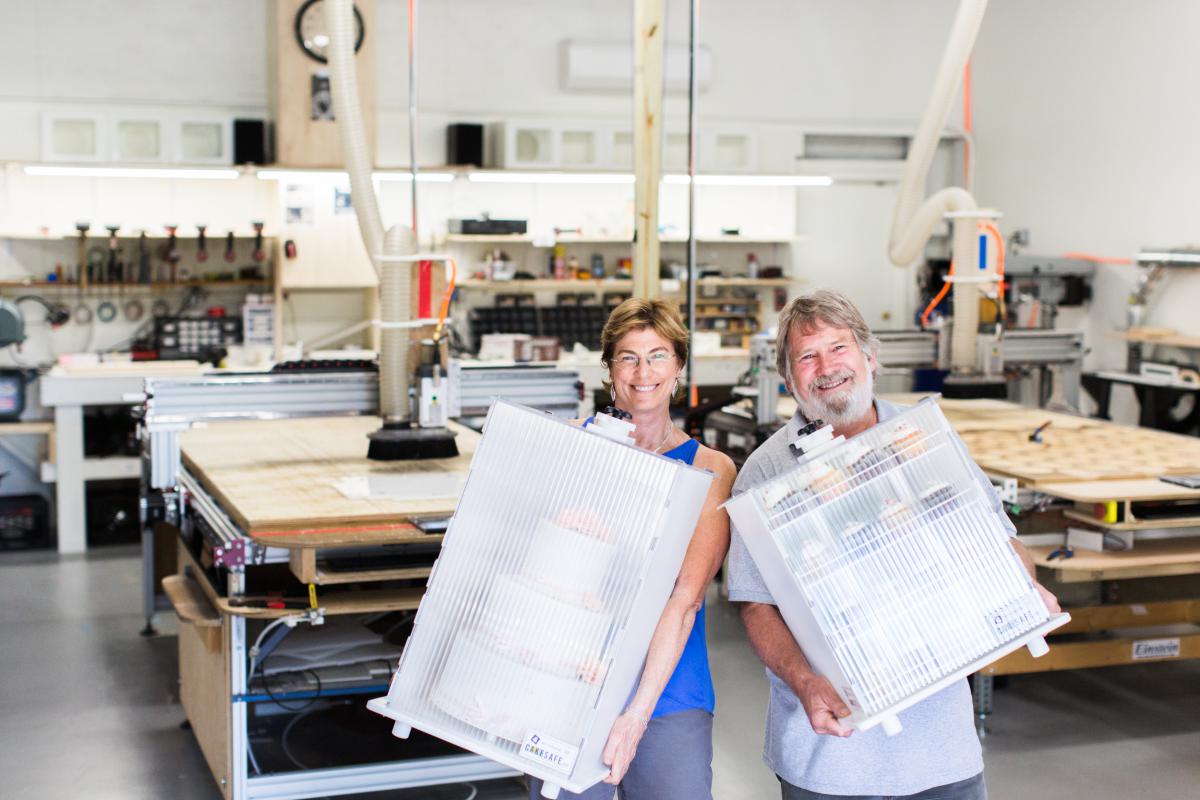 I don't really need to tell you what happened next. But here we are, with 11 sizes of CakeSafes and many other product lines that Scott has created for the baking industry. We currently have 5 employees and hope to keep on growing. Scott no longer knows how to perform every aspect of the business's operations, and he's happy about that. He gets to focus solely on product development and manufacturing. Although, he has retained the magical skill of UPS delivery time intuition… Tell him a US state and he'll respond with how many days it will take UPS to get a product there. 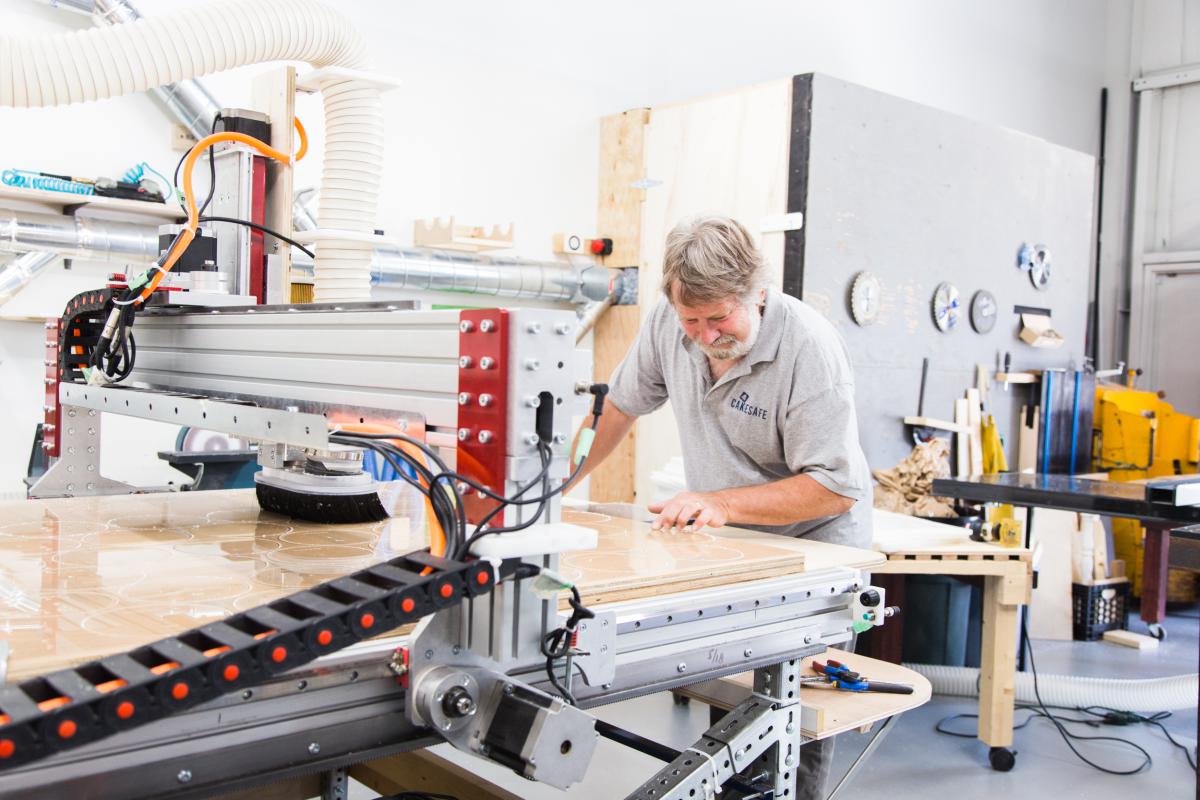 If you walk into the CakeSafe office in Peace Dale, Rhode Island on any given day, you can find Scott either in the shop working with his hands, or at his computer writing code to program his self-built CNC machines to make CakeSafe brand products. However, if it's around 3pm, you better look for him on the couch in the break room. His brain might be genius, but it does require a hard reboot in the form of a daily nap.

Juli is a busy bee. It's not always a given that she'll be in the office. She wakes up around 4 or 5am, answers customer emails, teaches classes at the YMCA, takes business classes at the 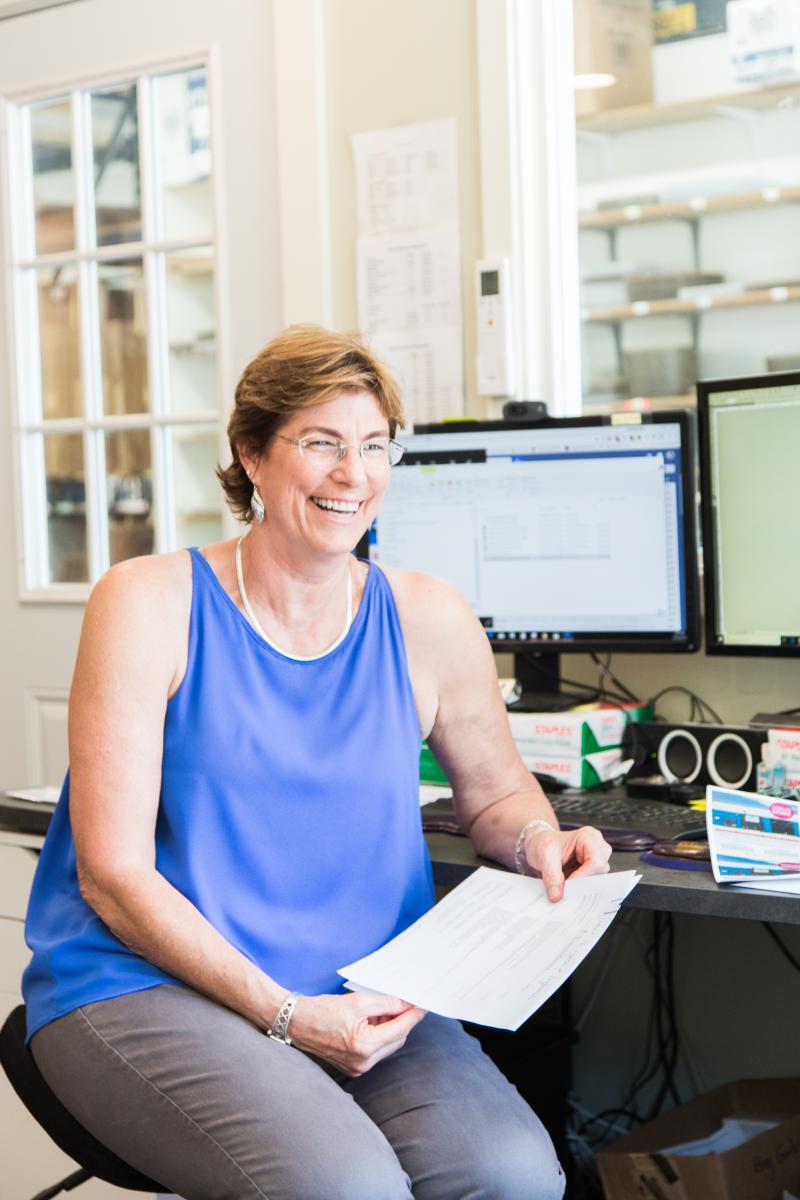 Community College of Rhode Island to help further the CakeSafe business, films tutorials to show customers how our products are used, and often drives to northern RI for our locally sourced materials. When she is in the office she’s usually on the phone answering questions or giving baking tips. Juli also has a knack for graphic design, so she creates our flyers and website banners. She’s a true jack of all trades. She steps in wherever she is needed whether it’s using power tools to make CakeSafe brand products, helping our shipper Patrick pack orders to be mailed, or coordinating all the details of a trade show that CakeSafe is going to attend.

Scott and Juli are simply the best bosses an employee could ask for. They appreciate the entire staff and let us know it. It’s not a rare occasion to be hugged or high fived and told “Congratulations!” on a task we’ve just accomplished. Oh, except Patrick. He prefers as little physical contact as possible, so no hugging for him. But more on the other employees in a future blog post.

All in all, CakeSafe is an incredible place to work because of Scott and Juli. They’ve built a business that feels like home. Don't worry, it's not the end of this post yet. For your viewing pleasure, I dove into Juli and Scott's archives to find lots of endearing photos to make you say "awwww". 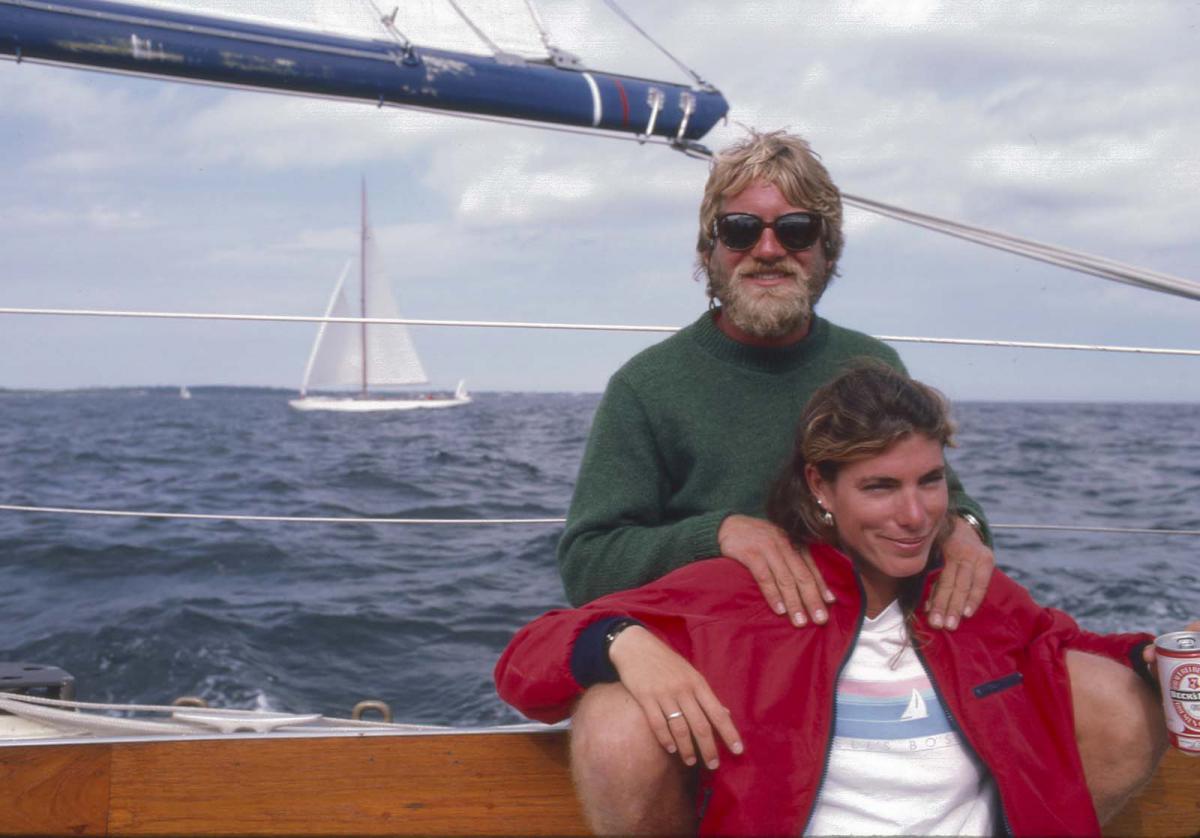 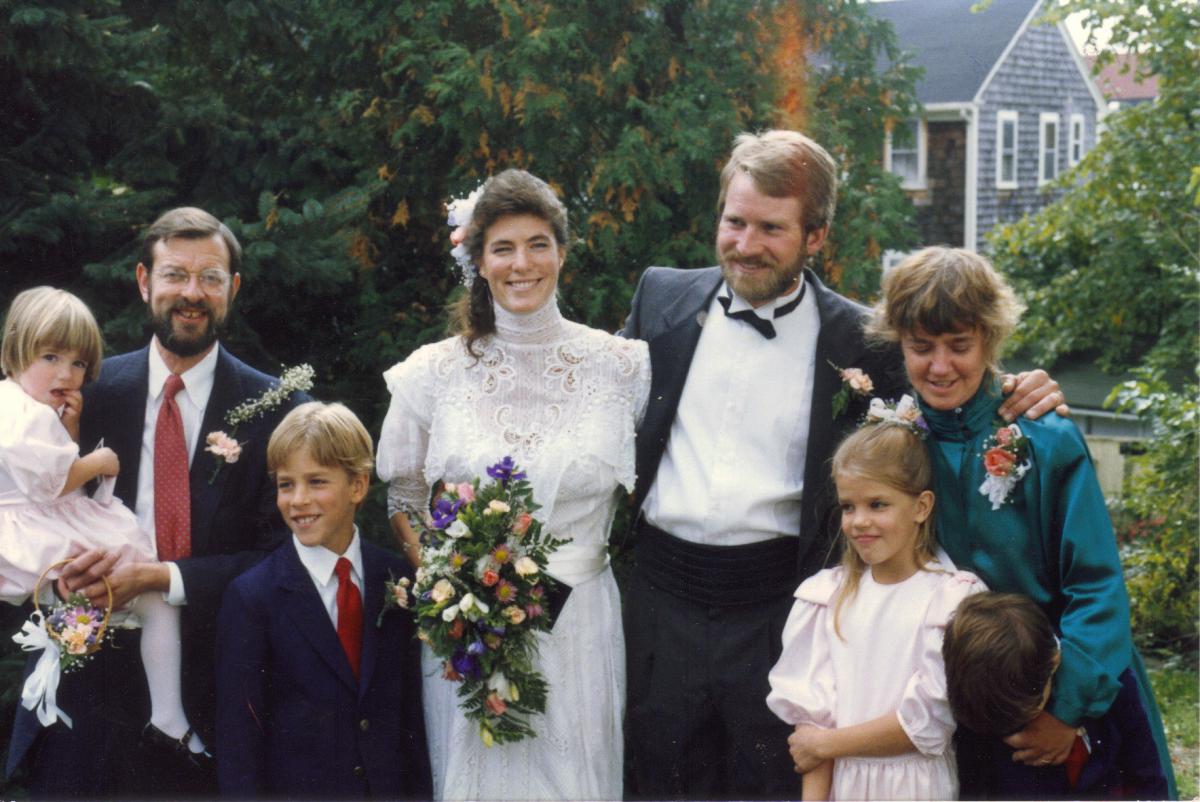 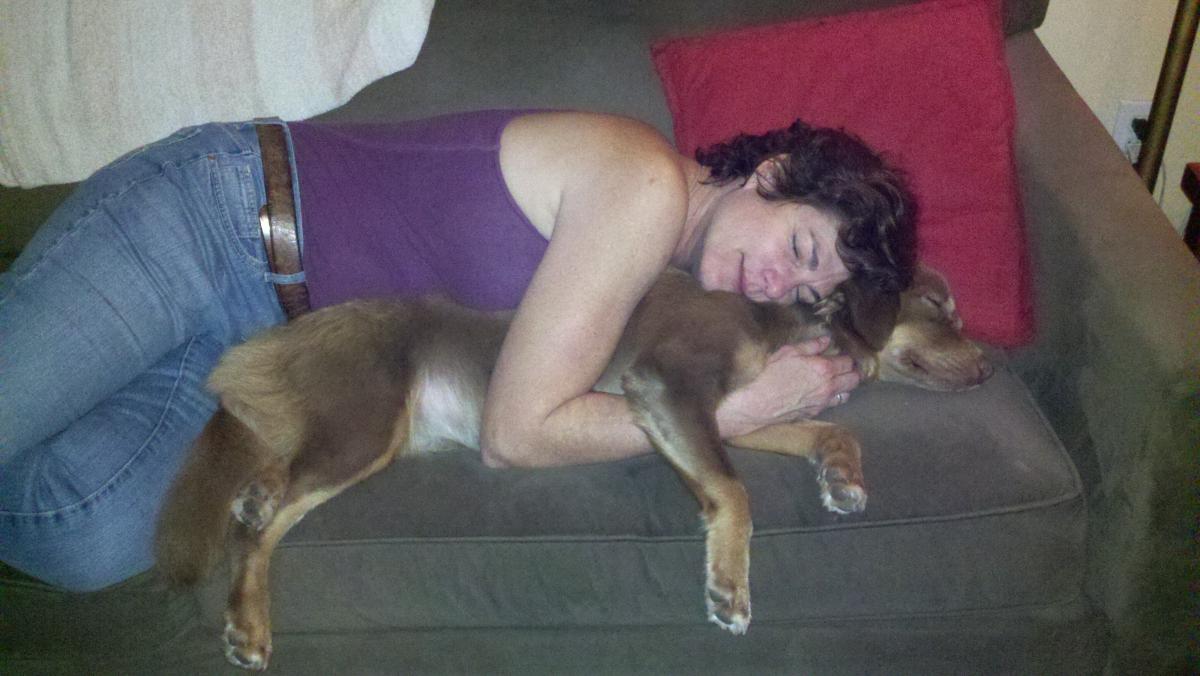 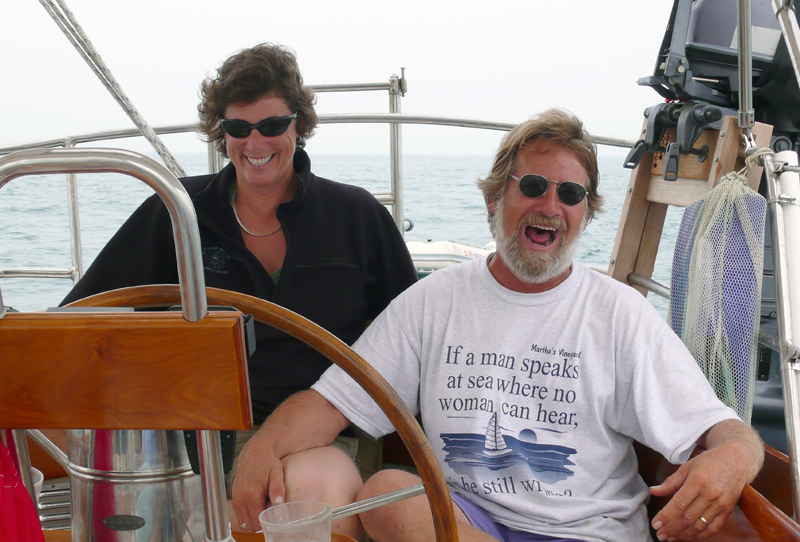 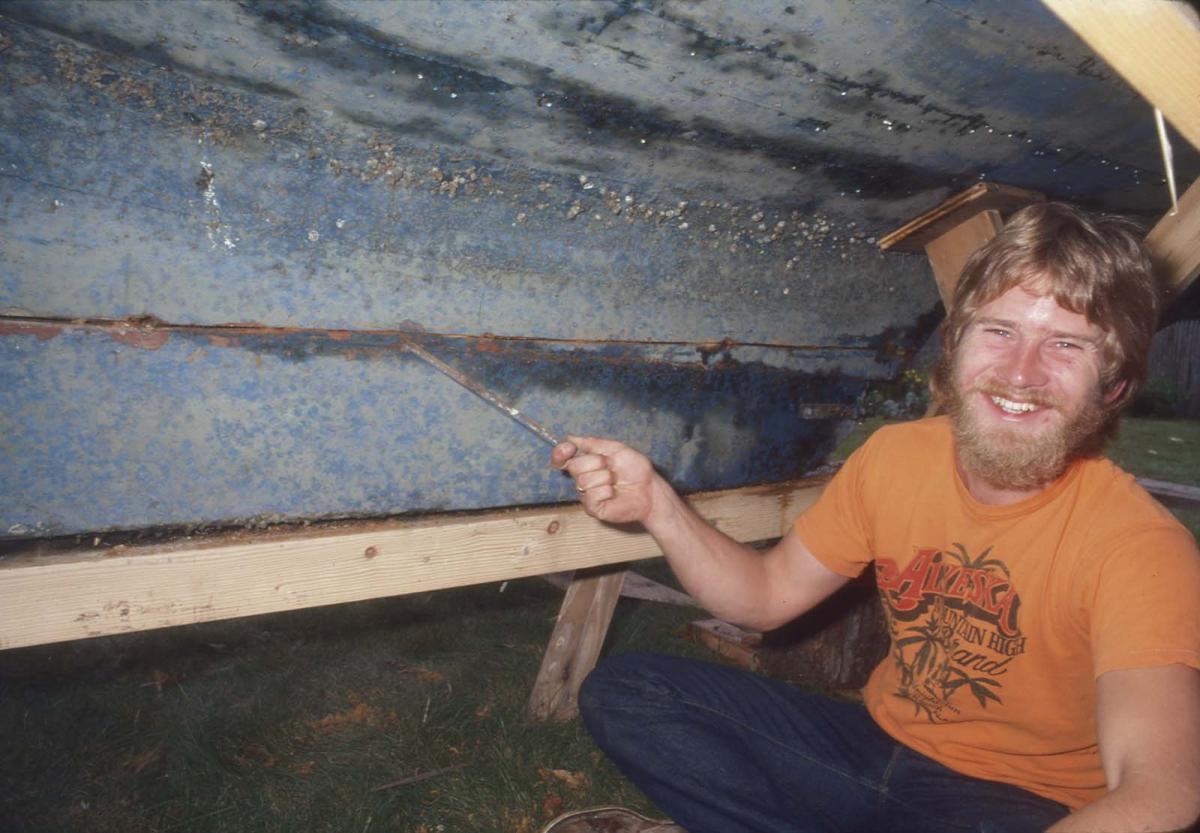 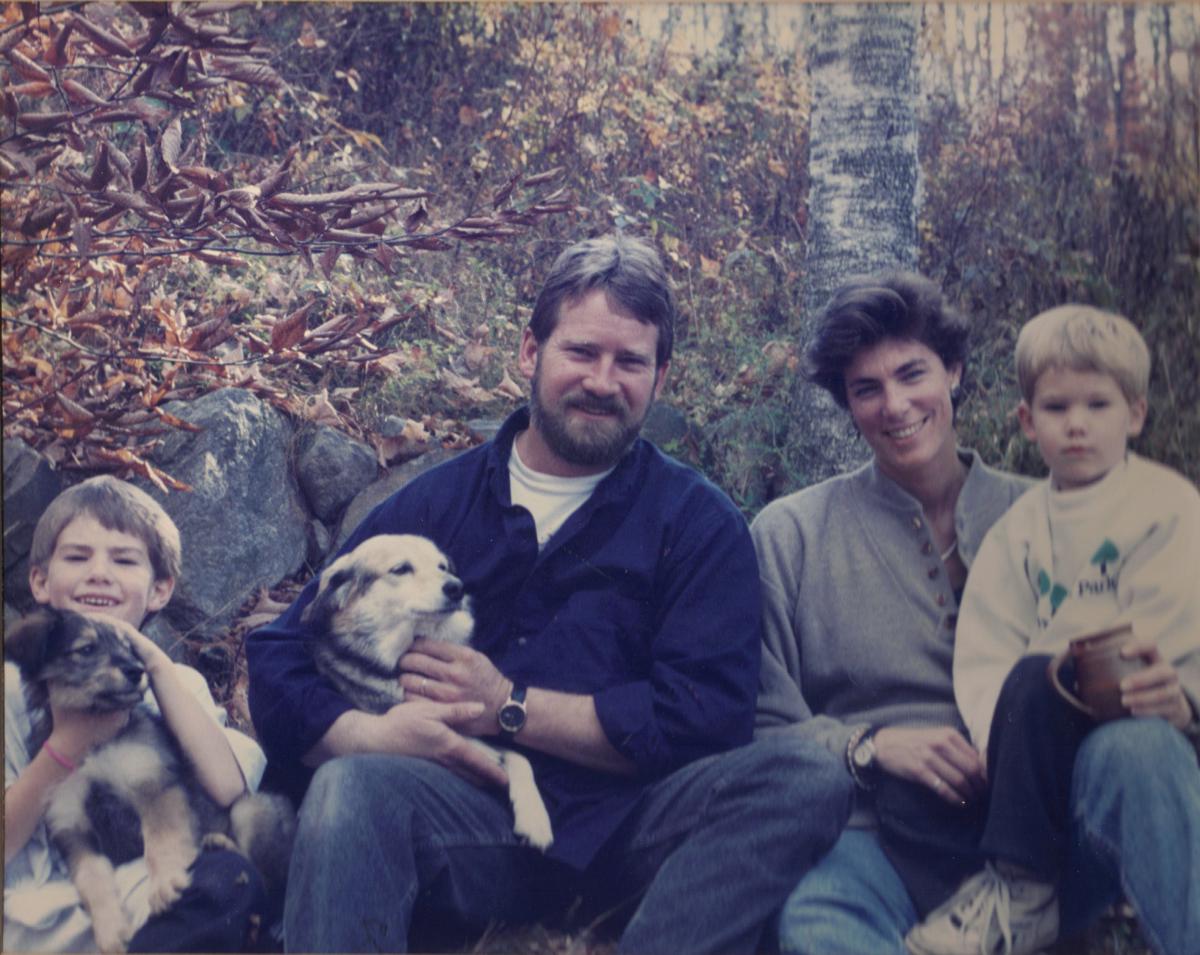 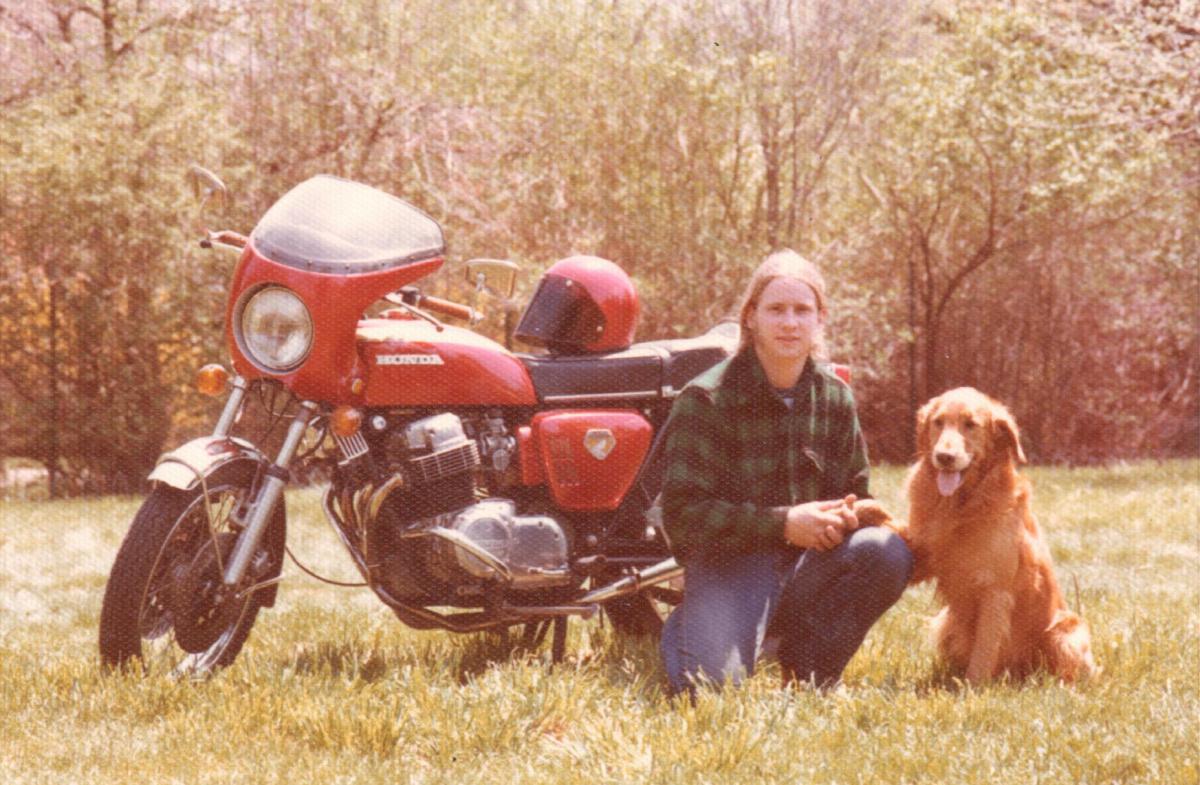 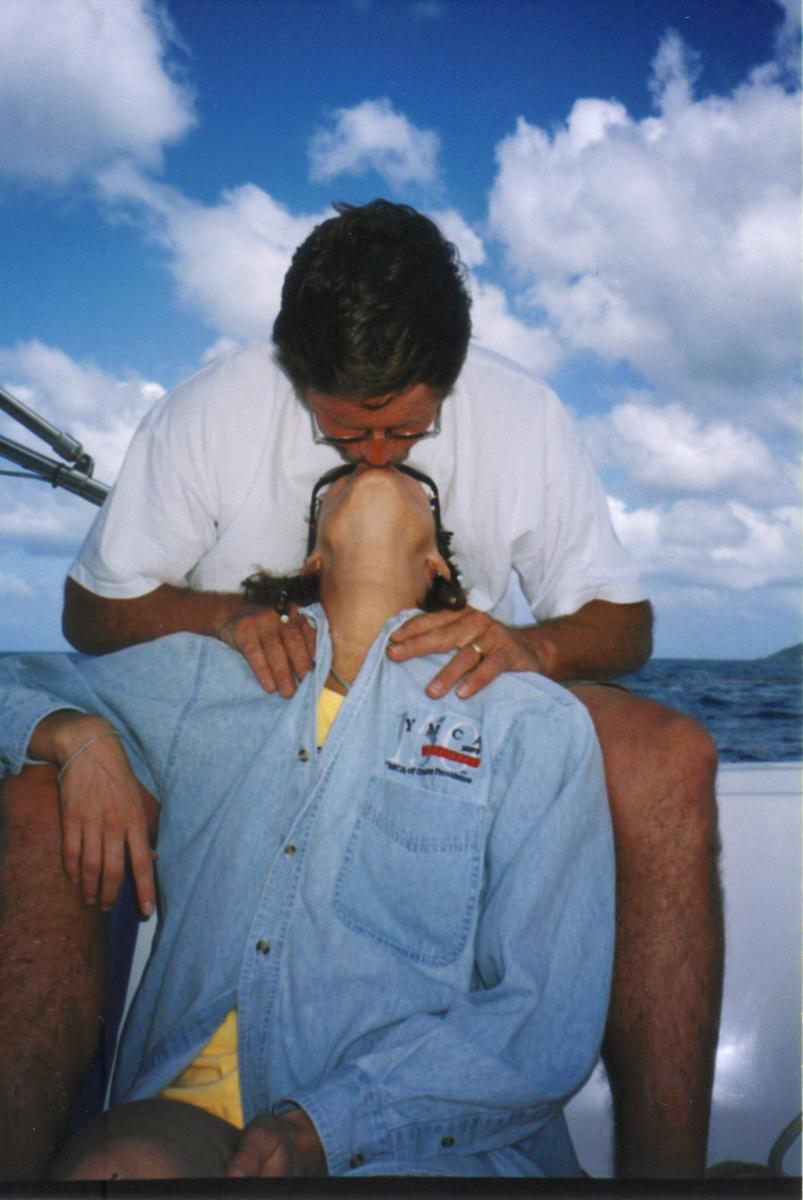